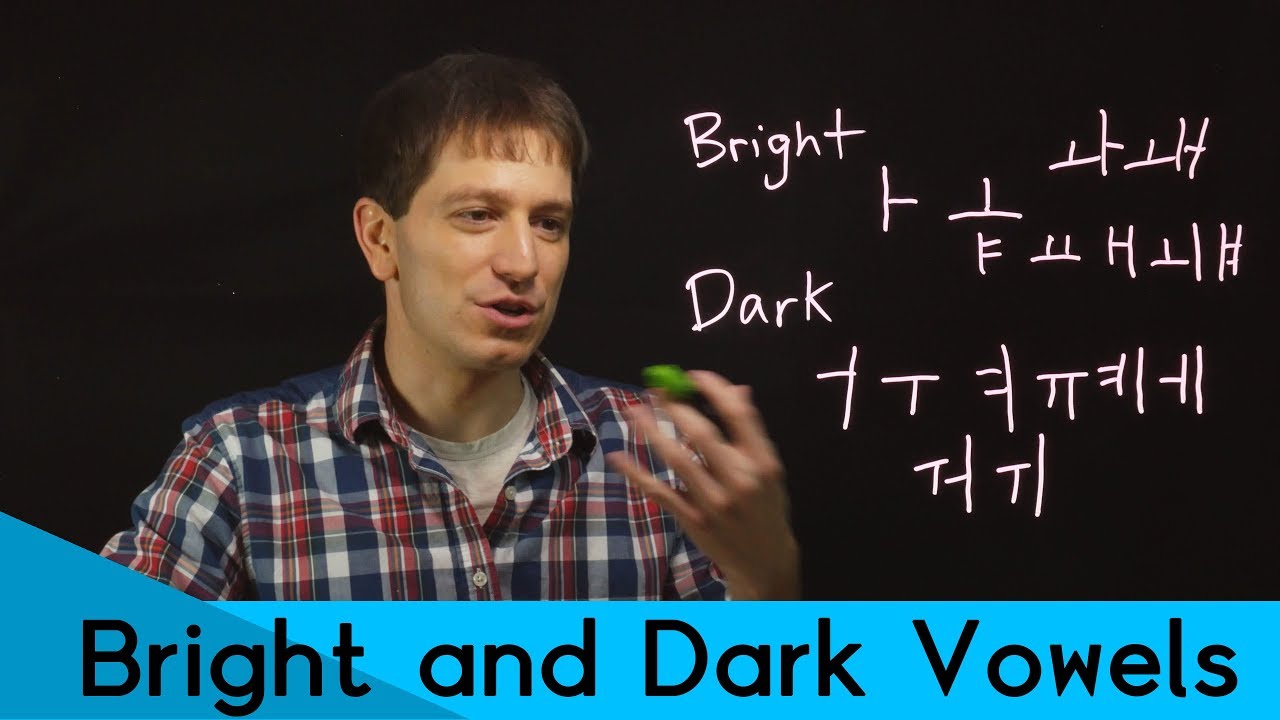 Way back when I first was starting to learn Korean I remember hearing about "bright" and "dark" vowels in the Korean language. At the time, it sounded too mystical and far-fetched to be true, almost like some legend or conspiracy. But I put it away in my pocket and kept going, not really looking back at it until a few years later.

Vowel harmony is real, and it influenced a lot of older Korean words which in turn influenced many modern Korean words too. In Korean, vowel harmony is the concept that the vowel used in a word influences the way that it sounds - its connotation or overall feeling when used. By simply changing a vowel from a bright to a dark one, or vice versa, you can effectively change the feeling associated with that word. I wish I'd learned about vowel harmony sooner, because I remember scratching my head over verb conjugation, onomatopoeia, and more - vowel harmony helps many of the strange "quirks" of the Korean language make sense.

This video is my attempt to summarize the concept of vowel harmony, including bright vowels and dark vowels, as well as how you can use them to improve your own Korean.